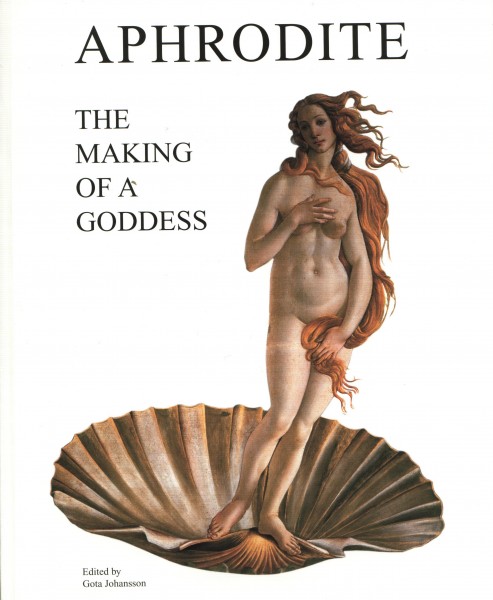 Aphrodite – The Making of a Goddess

This is a new, unique and scholarly anthology on the Greek love goddess Aphrodite, created under the auspices of the Centre of Classical Mythology, Lund University. The book is interdisciplinary, covering many aspects of Aphrodite.

Lotten Peterson writes about Aphrodite’s background among deities in the Middle East, while Gota Johansson discusses the goddess’s long journey north from the Mediterranean area to Scandinavia. Johan Flemberg contributes three articles, one on Aphrodite as androgynous and armed, another on a marble figurine of the goddess in the Carl Milles collection, and a third on her capacity to postpone old age. Katarina Wadstein MacLeod highlights Aphrodite/Venus and her often ironic or disturbing slant in modern pictorial art. Turning to literature, Susanna Roxman analyses the presence and function of the goddess in Lawrence Durrell’s non-fiction, fiction, and poetry. A previously unpublished excerpt from a novel by Roxman featuring Venus has been included in this anthology. Carlos Parada provides the genealogical information that has been preserved on Aphrodite, with all the ancient sources listed